Can You Really Teach Anything Live, Online?

I received a call a few days ago from a medical facility. They were interested in sending a few of their doctors to the class. Both potential attendees were brain surgeons (how awesome is that... brain surgeons... I've only played one of those on TV).

The most pressing question my caller had about the class was potential online course content post-class. She wanted to know if there were limits to what can be effectively taught online. My answer: Not much.

Take equine care for instance. You have a need to teach learners how to tack up a horse. If the class was in-person, you could have everyone walk around the horse, handle the tack, even practice putting the tack on the horse. In this instance, teaching horse tack techniques can only be taught onsite, right?

One of our Certified Online Training Professionals needed to teach this very subject to a live, online audience (she had attendees from multiple countries; there was just no way to get them all into the same state, let alone the same facility).

During class, she delved into a lesson about essential tack items versus non-essential items. You can imagine how this kind of lesson can go... the online trainer pontificates, all the while clicking through one of those death-by-PowerPoint presentations we've all had to endure. Net result: sleeping students, little learning.

Instead, the trainer remembered her COTP training and attempted to engage her class. She displayed an image of a horse in full regalia. But how do you engage a worldwide online audience by simply displaying a picture? She asked the class which tack items in the picture were not essentials. Because most online training platforms allow attendees to draw onscreen, she invited the attendees to use a pen tool and circle their guesses together as a group.

The actual net result: a high level of learner engagement. In addition, there was laughter when one out-of-control student drew the smiley face on the horse's flank. The bottom line is that learning occurred at a very high level.

Sure there are going to be subjects you simply cannot effectively teach online. But given the fact that you can include video cameras in class, the list is small. Unless you need to physically touch a classmate or student to teach a concept, I submit that you can teach it online.

As for brain surgery, okay you're going to teach the actual surgery online... or are you? In reality, I've been told that this kind of training is happening today (I haven't witnessed it, but I'm confident someone reading this has so please do share your experience). So here's the deal... if you can teach brain surgery live, online... what can't you teach?

What are your thoughts about the limits (or lack of limits) to holding an online class? Please share your comments below or email me directly at kevin.siegel@iccotp.com. I'd love to hear about some of the more challenging live, online subjects you have taught and how you engaged your learners.

The Elevator Speech: Possibly the Most Important Start for Any Class

Several years ago I thought it would be a good idea to get certified as a project manager (project management was the hottest career at the time). I wanted to see if this whole project management deal was for me so I signed up for a 2-day beginner class.
I cannot remember where I took that class (that in itself should tell you something), nor anything about the instructor (that should tell you even more). What I do remember is that the class started horribly.
During those critical first few moments of the class, the instructor stayed seated in a chair at the front of the room and announced, "Hello, I am your instructor today and tomorrow." The instructor didn't provide a name so "instructor" was going to have to do.
It was what came next that set the tone for the class: "I have managed two projects in my career," the instructor said, "And one of them worked out okay."
Huh? Two projects? A 50% fail rate? And you are our fearless leader?
To say that I was apprehensive about the learning that was to come was an understatement. And I wasn't alone. There were probably 20 people in that class, and we all exchanged worried looks.
The instructor then began the class. At least that's what I think happened because the instructor approached the blackboard (yes, a blackboard... this was years ago and we old folk communicated with a blackboard and chalk) and, without facing us, began writing and lecturing and writing and lecturing. It didn't seem to matter who we were or why we were in the class. We were never asked to introduce ourselves, learning objectives were never mentioned, and none of us knew the schedule. And since the instructor's back was to us most of the time, there was no way to ask questions.
A few hours later we were dismissed for lunch (there was no break prior to lunch by the way which means we were in class for three consecutive hours). During lunch, I joined several of my classmates at some eatery or other and we naturaly discussed the class--what we had, or had not, learned up to that point. The consensus was that not only was the class a disjointed mess, the instructor was simply not qualified to teach the class. At no time during the morning session could the instructor offer any real-world anecdotes to help anyone manage a project. Remember I said that the instructor mentioned a 50% success rate? I think the instructor exaggerated that. The information communicated in class had me convinced that if there had really been two projects, both likely failed miserably.
I've been teaching for 30 years (both in-person and online with IconLogic, and I head up the International Council for Certified Online Training Professionals, a certification company that teaches people how to effectively teach online). In my experience, the first few minutes of any class are the most crucial. And it's the first 30 seconds of those first few minutes that set the tone for your entire class. During those first 30 seconds, you as the instructor need to deliver a rock-solid, well rehearsed introduction to your class. This introduction is often referred to as an elevator speech. 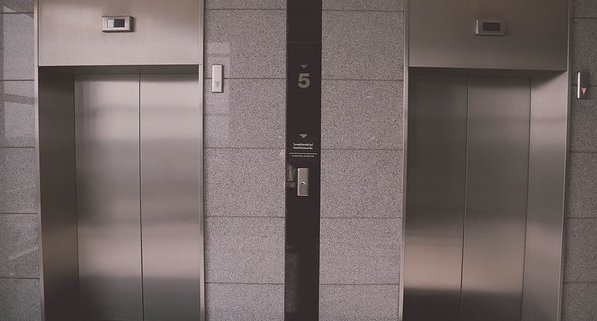 Never heard of an elevator speech? Think about getting on an elevator and running into a person that you've been dying to work for your entire adult life. That person engages you in a conversation and asks you what you can do to help their company. There it is... the job of your dreams. If you say the right thing now, the job is yours. Ramble on, stammer... fail to establish credability and you're done. You've got 30 seconds before the elevator ride is over. By that time, your future boss needs to know everything they need to know to hire you. Ready? Set? Go...
When you're teaching a class, those first few moments are your time to shine, to establish yourself as the authority. You are telling your students not just who you are, but why they should listen to you... why they should want to learn from you. And that's where the elevator speech comes in. Write up your elevator speech and, just as important, practice it. Time it. If you cannot say everything a potential boss needs to know about you in 30 seconds, your speech is too long. (When I say "everything about you," I don't mean, "Hi, I was born in Greenbelt, MD. I love Mexican food. I have two dogs." No! I mean everything about you that is relevant to landing the job... or the main reasons your students should listen to you in class.)
Here's an elevator speech I might give if I were teaching a class on eLearning and Adobe Captivate: "Hello, my name is Kevin Siegel. I have been a trainer for 30 years and an eLearning developer for nearly 15. I have created hundreds of eLearning projects, a majority of them in Adobe Captivate. I have also written a dozen books on every version of Captivate going back to the beginning of time. During this class I'm not only going to teach you how to use Captivate to create compelling eLearning, I'm going to share with you some of my many eLearning ...
Read More
Continue

View25
Recent Posts
Student Feedback
Kevin, Jennie, and AJ are all fantastic instructors with great information and delivery. I was engaged for the full duration of the class.
Jorma J.
My Cart

You have no items in your shopping cart.